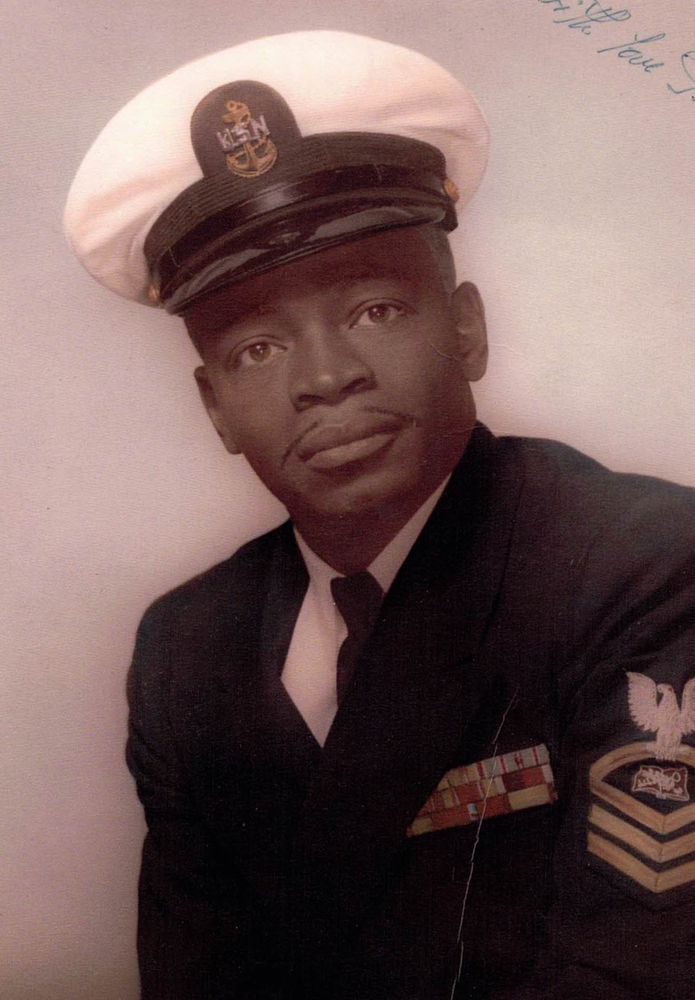 Mr. Evander "Pete" Peterson was born April 12, 1927, in Raleigh, North Carolina to Willie Peterson and Rose Hawkins. "Pete", as he was called, passed away September 17, 2019, in Atlantic City.

He served in the United States Navy during World War II. He was employed by Atlanticare Regional Medical Center in Atlantic City as a recovery room assistant before his retirement.

He is survived by his children, Mae Ellis and Barry Peterson (Debra); grandchildren; great-grandchildren; his former wife, Jean Roberts; daughters-in-law, Ann Dantley and Joann Ellis; and a host of other family and friends.

Pete is predeceased by: wives, Launa and Margaret; and sons, James Dantley and Robert Ellis.

Arrangements entrusted to Greenidge Funeral Homes, Inc., where condolences may be left at www.greenidgefuneralhomes.com.

Share Your Memory of
Evander
Upload Your Memory View All Memories
Be the first to upload a memory!
Share A Memory
Plant a Tree