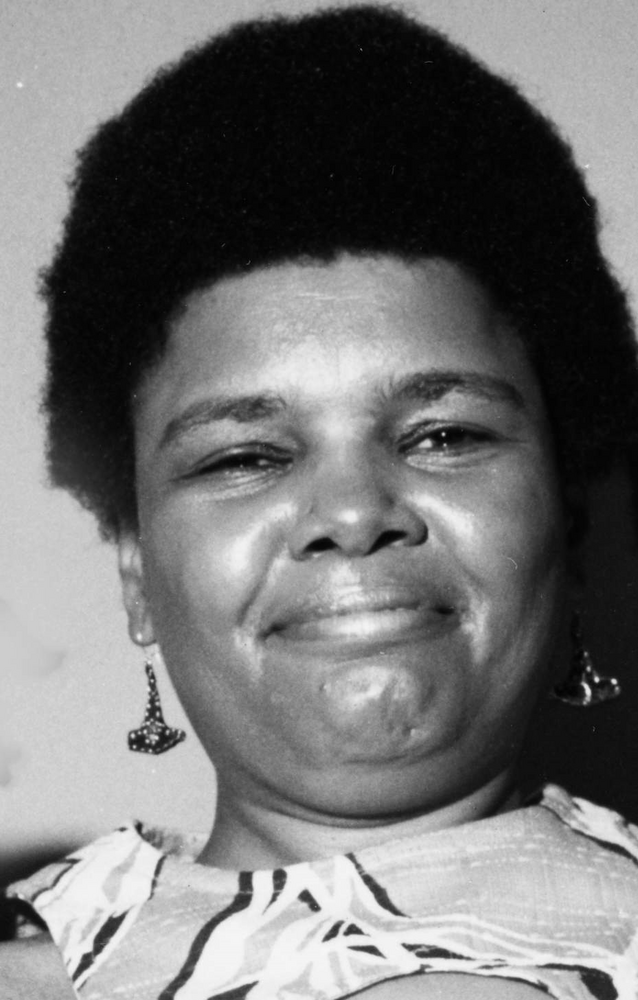 Hazel was born on July 13, 1927, to Thomas Leslie Palmer and Lucille Upshur Palmer in Atlantic City, New Jersey, the second sibling in a family of five children.

Hazel grew up in the Westside neighborhood of AC. She attended Westside and then Indiana Avenue school, graduating from eighth grade in 1940.

Throughout her life, Hazel was extremely sociable. During her youth, she distinguished herself as president of the Girl Reserves, member of Epsilon Phi Epsilon Sorority, and the NAACP youth group. She affirmed her religious faith by teaching Sunday school and singing on the choir at Jethro Memorial Presbyterian Church.

After graduating from Atlantic City High School in 1944, she tackled higher education at Glassboro State College (now Rowan University) in 1945. Along with dorm mates who became lifelong friends, she petitioned the administration and the group successfully ended the segregated housing of Black women.

After graduating from Glassboro in 1949, Hazel became a substitute teacher in Atlantic City. She married Alvin A. Nurse in 1950 and they lived for a short time in Brooklyn, NY where son, Alvin Karamchand Nurse, was born.

The couple moved to Philadelphia in 1952, where Hazel began her career teaching 2nd and 3rd grades at the Stanton School. Hazel entered Temple University Graduate School (and later completed a Master's degree in education) and joined Camphor Memorial Methodist Church. Later, she joined Sayers United Methodist Church, near the longtime family home at 5927 Catherine Street, which was purchased in 1957. In 1958, son, Kenneth Jacob Nurse, was born and after a 2 year maternity leave, Hazel began teaching 3rd and 6th grades at the Huey School. She continued to enjoy the pleasures of life: playing cards with the PinoQueens and traveling the US and beyond with family and friends.

Hazel retired from the Huey School in 1986, after 30 years of teaching. She then latched onto several intellectually challenging activities that reflected her enduring interest in and support of family. She joined the Afro-American Genealogy Group and traced the Upshur and Palmer family histories back to the 1840's, a remarkable achievement before online resources became available. This entailed painstaking searching of records and taking many trips to various sources. Her family tree and written descriptions (enhanced by photo albums) are a treasure trove of information for the family.

She also joined the Philadelphia Senior Center on South Broad Street. Here, her senior writing group recalled entertaining experiences and wrote about them in "The Best Days of My Life So Far". Remarkably, this activity became the founding model for similar efforts for seniors around the nation and even internationally. Hazel's experiences can be found in publications of these stories, available both online and in paperback.

A memorial service will be held Saturday, June 4, 2022 at Greenidge Funeral Homes, Inc., 301 Absecon Boulevard, Atlantic City, New Jersey, with visitation beginning at 10:30AM. For those who cannot attend, the memorial will be live-streamed at the following link: https://youtu.be/6tQFEq50nbE.

Share Your Memory of
Hazel
Upload Your Memory View All Memories
Be the first to upload a memory!
Share A Memory